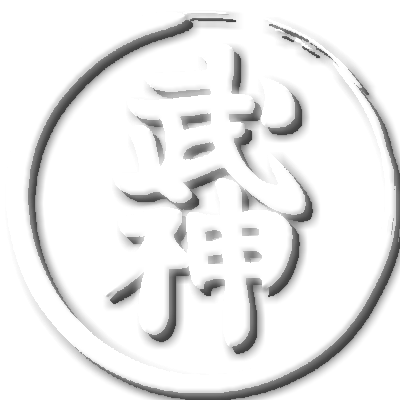 Bujinkan  (literally «House of the god of war) is a martial organization found by Masaaki Hatsumi which teaches knowledge from the nine martial arts schools he inherited from his master Takamatsu Toshitsugu.

These ancient schools were created between the 9th and 17th centuries and all have their own principles and characteristics.

Bujinkan ninpo taijutsu is a traditional japanese martial art fitting to the modern world. It is not a fighting sport and that’s the reason why there is neither competition nor tournament in this martial art.
Its practice doesn’t require any particular condition either, any student willing to blossom and learn is welcome regardless of their age, gender or physical fitness.
However, the specific nature of this disciple require physiological and psychological maturity, which is the reason why we don’t offer children course. 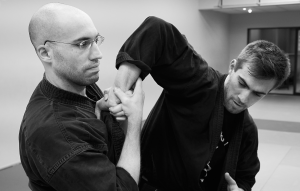 It has also the particularity of having kept the training of traditional japanese weapons. These can be divided in four groups according to their range. We train short weapons (knives for example), middle ranged ones (swords, jo, hanbô,…), long ones (bo staff, spears, naginata,…) and throwing weapons (shuriken, shaken,…).

Bujinkan isn’t strictly speaking a weapons school. However, weapons allow to understand two key concepts in taijutsu : distance and freedom of movement. These two principles are the keystones of the art of natural movement. 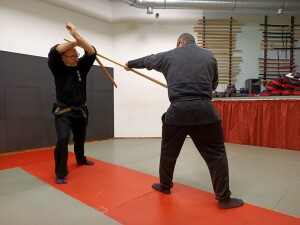